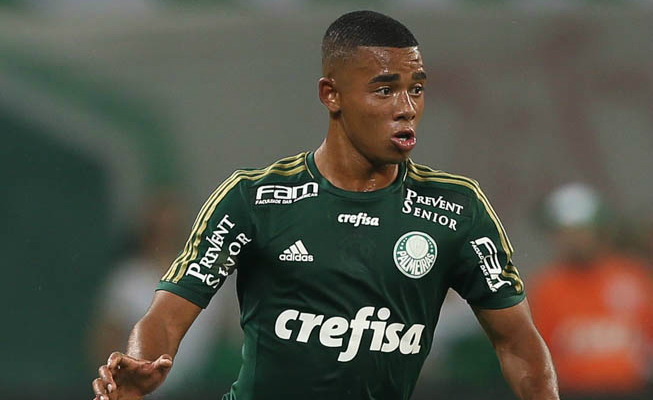 Manchester City are reportedly ready to pay up to €32m for the Brazilian wonder-kid Gabriel Jesus.

According to Ricardo Perrone, from UOL, the English club are in talks with Giovanni Branchini, an agent who is authorised to negotiate a sale of the player with European sides.

This amount would be below the release clause, which is of €40m. But still, it wouldn’t be so bad for Palmeiras, since a his contract says he can leave to Manchester United, Bayern Munich, PSG, Barcelona or Real Madrid for only €24m.

The problem in not paying the full release clause is that it would open the possibility of Palmeiras wanting a bigger share of the money. The club only own 30% of the player’s economic rights.

If the full amount was paid, the club would have to accept it and take their share, but if a smaller offer is made, they can try to negotiate their part and end up clashing against the agents who own the rest.

Both Gabriel Jesus and Palmeiras have been constantly expressing a wish for the player to stay until the end of the year. So unless Manchester City have very good arguments to convince the 19-year-old, Pep Guardiola would have to wait until January to count on the striker.