Alfonso Pedraza is a name increasingly in the Spanish media.

The 22 year old is a left winger who can also play as a left back and his steady growth is said to be attracting interest both within La Liga and outside.

In 2016, Villarreal sent the youngster on loan to CD Lugo, where he quickly became an important player. The loan had been for the entire season, but there was a get-out clause for the January window.

Villarreal used this and cut the loan short, then sending Pedraza to Leeds United, again on loan. Had Leeds been promoted to the Premier League there was a clause resulting in a compulsory purchase.

That didn’t happen and Pedraza was then sent on loan to Alaves the following season, where he began to really catch the eye.

Villarreal got him back and he’s been playing mainly as left back this season. Marca report that several clubs are keen on the player, with those named as Manchester United, Real Madrid and Atletico Madrid. Unnamed clubs in Germany are said to have also been following.

There’s no claim of any incoming offers or anything like that, and it would appear the named clubs simply have a general interest.

On a potential transfer, Pedraza is quoted explaining he tries to keep himself “isolated from all those issues” and lets his “agents deal with it”. Right now he’s concentrating on 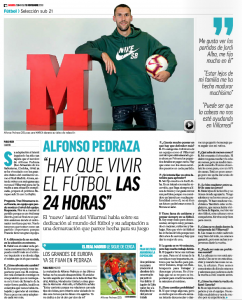 On his experience at Leeds United, the youngster explained: “You are far away from the family and you have no place to support you. I have nephews and I do not see them grow, for example. It makes you mature a lot. Also being in England, when I had never lived outside of Spain, made me see another football, another culture and other teammates. It was very good for me to grow up.”

Any Manchester United interest would surely see Pedraza as a back-up to, and competition for, Luke Shaw. 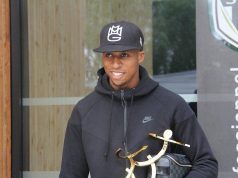 Newcastle have ‘seriously enquired’ about player – Agent travelled on Thursday...

Aston Villa player on verge of exit – Has already passed...