Barcelona’s Miralem Pjanić has struggled for minutes last season and is unhappy with the lack of regular opportunities he had in his debut campaign at the Camp Nou.

His situation has caught the attention of other clubs, including Tottenham Hotspur.

Sport state clubs in Italy have a desire to sign the 31-year-old this summer, but Spurs have been interested in him in recent days.

In the last few hours, the north London club, through their new managing director of football, Fabio Paratici, ‘asked’ about taking the former Juventus man on a loan deal.

The La Liga side want to get rid of the Bosnia and Herzegovina international as he’s not included in Ronald Koeman’s plans next season. This is also reported in today’s edition of Mundo Deportivo. 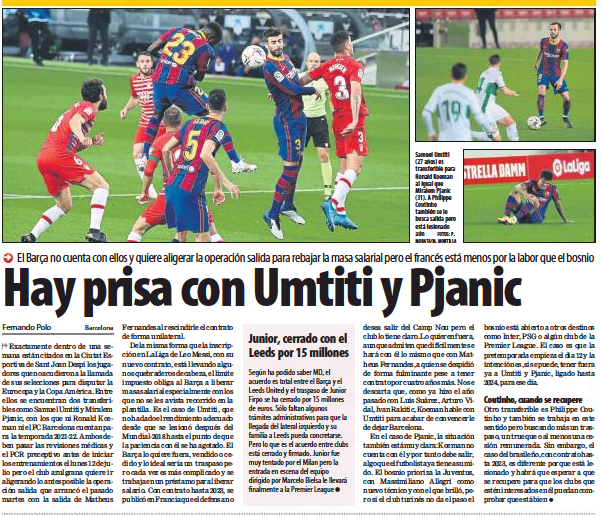 Although Mundo doesn’t mention Nuno Espírito Santo’s side or any other clubs, they state ‘there is rush’ at Barcelona to get rid of Pjanić and Samuel Umtiti.

The Spanish giants want to see the back of some players so they can lower their salary budget.

Pjanić is in that list and with Koeman no longer counting on him, the Bosnian has assumed he ‘must leave’.

His priority is to return to Juve, but if they don’t take steps to sign him, the player will look at other destinations, including the Premier League.

That would be good for any Tottenham interest.