Sometimes transfer rumours hurt. Not just the emotional ones, when a much loved player set his sights elsewhere, but the confusing ones.

The ones which make you stare at the screen again, then shut it, then open it, and then see it says the same thing you thought it did.

Take it away Sky Sports: ‘Former West Ham forward Payet has been linked with a move to Everton, Leeds and West Brom by the French media but a source close to the player says his high wages are putting off potential buyers.’

Our immediate reaction was: HAS HE?

So off to France we went, looking at everything in the wonderful French language from the past month.

Everton: Nothing to be seen, although we wouldn’t rule it out because the Toffees are mentioned in endless Marseille articles due to supposed interest in other players there.

West Brom: Nothing, and Slaven Bilic probably wouldn’t be thrilled.

So where has this all come from?

Everton are interested in signing Marseille midfielder Dimitri Payet for a fee of £14m. The Frenchman is eager to return to the Premier League. pic.twitter.com/qh8YZ6h9VC

The whole timeline is nonsense.

On to Leeds we go.

On June 10th, Winston Forsyth tweeted: ‘Transfer News: #LUFC are working hard on an ambitious deal to bring Dimitri Payet back to England. Marseille are struggling financially and want to offload Payet to raise funds. Initial fee being discussed is around the €7m mark. #ListenToWinny’

Winston, who describes himself as a Yorkshire based football reporter on his ‘NEW ACCOUNT’, has 75 followers.

Back to Winston, on June 12th he tweeted: ‘It’s likely Saiz will be sold in the next couple of weeks. Valencia are pushing a cut price deal and seem keen. Payet is considered a suitable alternative for Leeds as reported by me the other day and now in the French Press’

It’s not in the French press.

But Winston is sure, on June 19th, he tweeted: ‘Payet deal nearing agreement. Expected in Leeds early next week #LUFC’

On West Brom, the closest match we could find was French football fans joking Payet could join the Baggies due to Bilic’s appointment.

Now, Winston may well be the one man who knows, but for Sky Sports to say ‘Payet has been linked with a move to Everton, Leeds and West Brom by the French media’ is simply not correct. 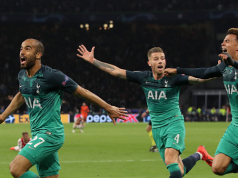