Home Europe One in, one out – Man United have specific midfielder on mind,...
SHARE

Over the past few days, reports linking Ander Herrera with a move to Paris Saint-Germain have cooled down drastically.

The midfielder’s contract with Manchester United will expire after the end of the season and he’s not signed a new deal with his current employer.

On April 23rd, Paris Team reported the Ligue 1 winners’ sporting director Antero Henrique was ‘internally annoyed’ as the Spaniard is still waiting for offers from other clubs after having a ‘verbal agreement’ with PSG.

Friday’s edition of L’Equipe once again reiterates that it is important for Thomas Tuchel’s side to bring in a new midfielder, especially when they have lost Lassana Diarra earlier this season and with Adrien Rabiot leaving the club as a free agent in the summer.

It’s claimed that PSG must bring in two new midfielders and the track leading them to sign Herrera on a free transfer is still active.

However, he has received a ‘substantial offer’ from his former club Athletic Club Bilbao and Herrera finds the offer from the La Liga side attractive.

If Hererra leaves United, then Ole Gunnar Solkjaer’s side should bring in a replacement and L’Equipe’s report also talks about the player who can arrive at Old Trafford. 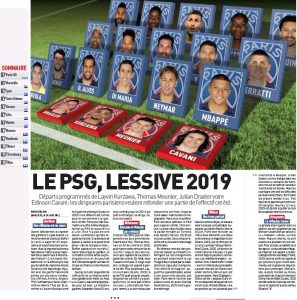 Lyon’s Tanguy Ndombele is pushed as a player that is attracting a lot of interest from the 20-time English champions and Juventus.

At Manchester United, it could be a case of one in, one out as the Frenchman could take Herrera’s place in the squad in the summer.