We’re often shocked at how much agents make with some transfers in European football. This happens again today, as 25% of the amount paid by Wolverhampton Wanderers for Fábio Silva is going to intermediaries.

It was nearly midnight when Porto officially released the information on Wednesday, making it official that Wolves spent €40m on the signing, but the Portuguese club are only taking €30m from it.

The Dragons stated that €7m is going to Gestifute and €3m to Soccer Talents Vision (STV). And newspaper Record comes up with the explanation for it.

They recall that Fábio Silva signed two new contracts with Porto in the past 12 months. One of them was intermediated by Gestifute, and the other one by STV. 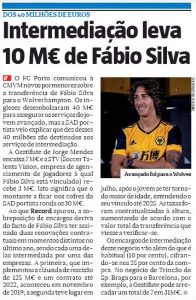 When these deals were agreed, Porto accepted that the intermediaries would get a bigger rate at the time of his transfer out of the club.

Record points out that agents normally get 10% in these cases, but it’s been different with Gestifute, who could also get €7m from the €31m paid by Barcelona for the signing of Francisco Trincão from Braga this summer. 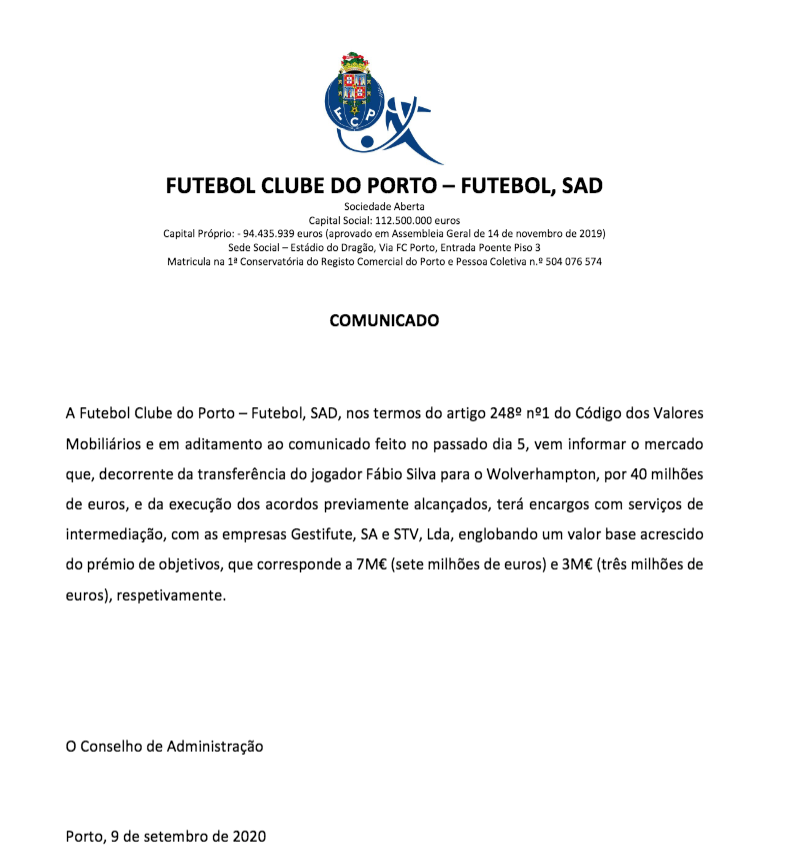