Finally there’s some sense in the Catalan media.

For a few days there have been claims of interest from Everton and West Ham in Jasper Cillessen, a player Barcelona are looking to cash in from this summer, hopefully before the end of the month.

It made no sense, Everton are perfectly fine with Jordan Pickford for the foreseeable future, and Łukasz Fabiański had a great season for West Ham.

To try and make their story believable, Sport claimed David De Gea is off to PSG so would be replaced by Pickford at Old Trafford. 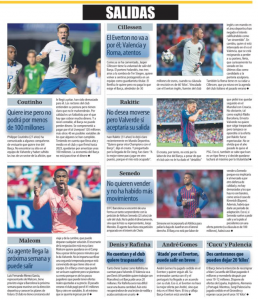 Over at the other Catalan sport newspaper, Mundo Deportivo, they’ve finally got some sense on the issue.

They report sources at the English club have told them the claim of a Cillessen move is “a nonsense”.

Everton are ‘not going for him’ and there’s no expectation they will at any point this summer. Valencia is mentioned as a likelier destination for the player.