Manchester United are edging closer to appointing Ralf Rangnick as their manager until the end of the current season, days after parting ways with Ole Gunnar Solskjaer.

The Red Devils were linked with Mauricio Pochettino as the permanent successor to the Norwegian, but were unable to take him away from Paris Saint-Germain, a club he is currently contracted to.

This has convinced them to shift their focus on Rangnick, who will be the interim manager for the rest of this campaign and then move on to a consultant role from next summer.

On Friday, PSG sporting director Leonardo stressed the ex-Tottenham Hotspur manager had never asked to leave the Ligue 1 side, amid repeated claims of Manchester United interest.

As things stand, the Argentine is expected to stay at PSG this season, even if reports have indicated the manager is having difficulties managing stars at the Parc des Princes. 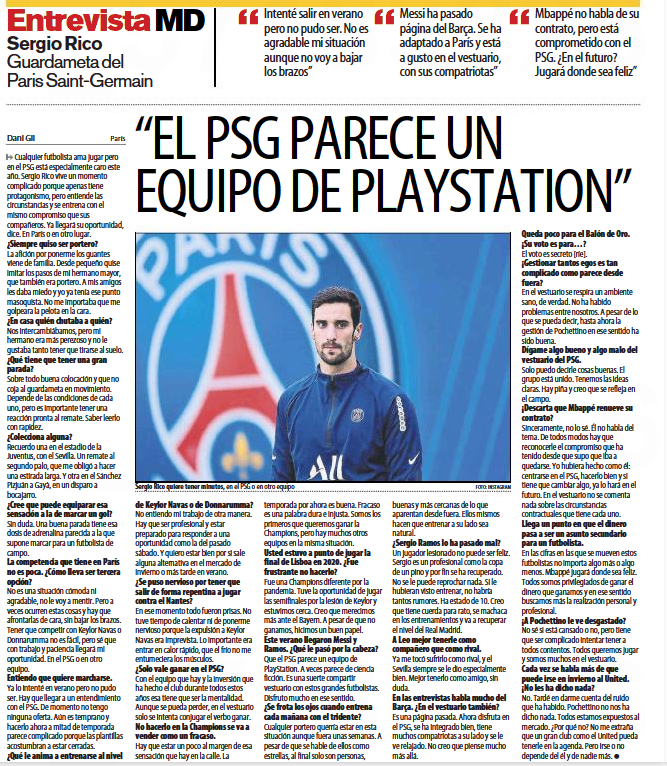 Mundo Deportivo asked PSG goalkeeper Sergio Rico what went through his head with the arrival of Lionel Messi and Sergio Ramos in the summer.

“That PSG looks like a Playstation team. Sometimes it seems like science fiction. It is fortunate to share a dressing room with these great footballers. I really enjoy it in that sense,” he said.

“In the dressing room there is a healthy environment, really. There have been no problems between us. Despite what can be said, so far Pochettino’s management in that sense has been good.”

Rico was pressed whether he sees Pochettino ‘worn out’ at PSG. He said: “I don’t know if he’s tired or not, but it has to be difficult trying to keep everyone happy. We all want to play and there are many of us in the locker room.”

And, on the recent reports of Manchester United’s interest in Pochettino, Rico doesn’t seem surprised.

“No. It took me a while to realise how much noise there was. Pochettino hasn’t told us anything. We are all exposed to the market. Why not? No wonder a great club like United can have him on the agenda. But whether or not to leave is up to him and no one else,” the keeper explained.