N’Golo Kante came up with an impressive performance to help Chelsea beat his former club Leicester City 3-0. The 25-year-old made a €35m move to Stamford Bridge this summer, after creating history with the Foxes last season.

Kante was a key part of Claudio Ranieri’s team last season, and it was easy to see the Foxes are clearly missing him. Shortly after the game, the French international was speaking to French media outlet SFR Sport(via GFFN), who inevitably asked about the Leicester connection.

Kante insists it was a special game for him, but the win was important for Chelsea’s confidence. He said: “This match was special for me. I spent a fabulous year at Leicester City. We won 3-0, it’s great for our confidence.”

Kante looked very impressive against Leicester, and controlled the game from the midfield.

The Frenchman spent just one season at Leicester after his €9m move from Caen, and now would be hoping to win some silverware at Chelsea. 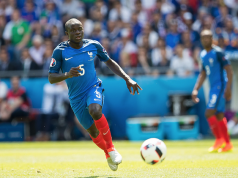