Home Europe Newcastle United are in now in ‘fight’ with La Liga club to...
SHARE

Newcastle United fans must be tired of the Ruben Semedo rumours already. The club have had the full Portuguese media treatment over the past couple of weeks or so, and, according to claims, have been close to signing the defender for much of that time.

It’s all part of Sporting’s plan, and need, to sell several players this summer to bring in funds. Sporting wouldn’t want to see themselves as a selling club, but Portugal is pretty much a selling country and it’s got to the stage that good deals are a source of pride.

Newcastle have been dragged into all that with Semedo, with claims going back and forth repeatedly. Assuming Rafael Benitez interest is true, Newcastle have done well to not panic and pay over the odds for a quick deal. After all, there are other options available on the market.

AS have brought in some added competition on Monday, claiming Villarreal have joined the ‘fight’ to sign Semedo. Newcastle are mentioned as competition, and it’s unlikely the 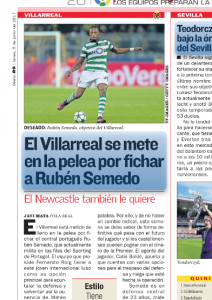 Spanish club would want to get into an auction.

Villarreal believe Semedo has a profile similar to their former player Eric Bailly, now at Manchester United, which is probably a sales pitch Sporting wish they’d thought of themselves.

This could very well be Sporting or agents suggesting Semedo to Villarreal, who have sold Mateo Musacchio, and hoping for competition to pressure Newcastle and others. 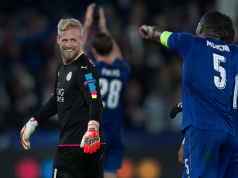 Manager wants reunion with Arsenal midfielder – Player one of his...

Player is a ‘huge’ Manchester United fan – Will ‘do anything’...