Following Villarreal’s Champions League win over Young Boys on Tuesday, Unai Emery confirmed he has received interest from Newcastle United and has “not said no” to them.

Fernando Roig, the La Liga side’s president insisted he has not been approached by the Magpies.

Marca on Wednesday claim the Tyneside club are now ‘waiting’ for a response from the former Arsenal manager.

El Periódico Mediterráneo, a newspaper local to Villarreal, now provides an update and it isn’t in favour of the Premier League side.

According to the report, a lawyer, who spoke on behalf of Newcastle’s new owners, has only contacted Emery not the Yellow Submarine. 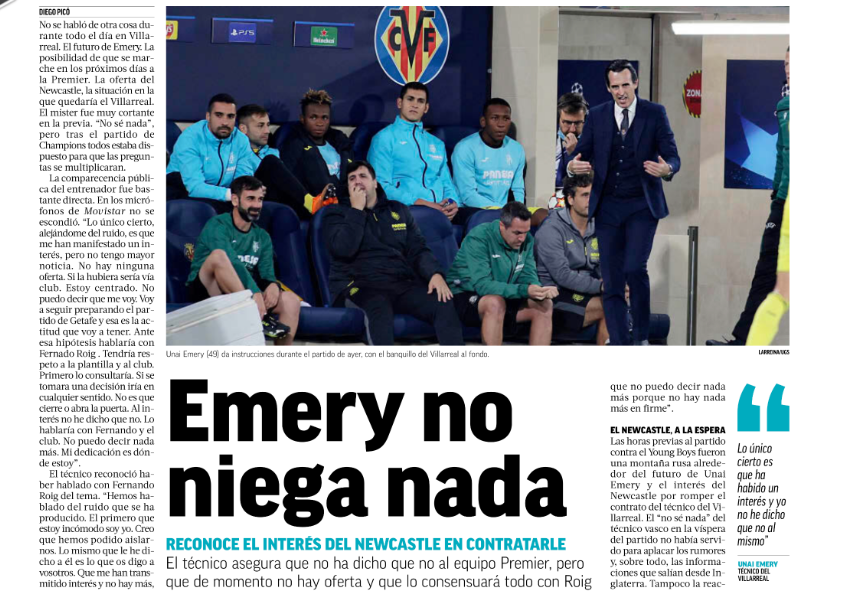 It’s claimed Emery met Roig and his son after the European tie, and reassured them it will be difficult for him to leave the Spanish club.

Even though he has received a ‘dizzying’ offer’ from Newcastle, the 50-year-old’s loyalty weighed more towards Roig and the club. 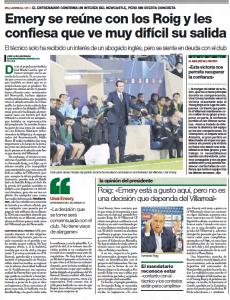 As things stand, the Premier League side have only registered an interest and have not sent an offer of €6m [Emery’s release clause] to Villarreal.

Emery has stressed the situation won’t be prolonged, while El Periódico Mediterráneo state the manager’s future now seems ‘closer to Villarreal than Newcastle’.