Home Europe “Perhaps this is it” – Newcastle player on potential exit – One...
SHARE

They say distance makes the heart grow fonder, and after five years living far away from his home country, Ayoze Perez feels it’s time to go back.

He’s already said as much in interviews, and when speaking to Manoj Daswani for Binter Canarias’ inflight magazine, because people in planes need to read too, the Newcastle United forward discussed his time at St James’ Park and what the future could hold for him.

Explaining he had ‘matured’ a lot in the north of England, growing both as a player and a human-being following a tough start to his career in the Premier League, the 25-year-old was also asked about the transfer window ahead of him.

He said: “I think five years is a long time. I’m one of those people who understand there’s a need to close a cycle to open a new one at the most opportunistic and convenient time. Perhaps this is it. I have a feeling the summer will be big. 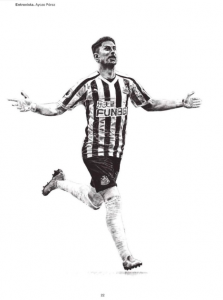 “Apparently there could be some good offers (for him) and there will be a need to make the best decision, the one that’s most appropriate to continue to grow. We’ll see if that’s here or somewhere else.”

Asked if he felt Newcastle could make things difficult for him to leave, Perez didn’t think that would be the case, as he had a very ‘close and sincere’ relationship with the club.

For now, a transfer isn’t his main focus, and he’ll study the offers that land on his table when and if they do.

One thing is certain, however, and that’s his preference to return to Spain to play in La Liga if he can.

He explained: “Yes, that’s obviously what I’d like. I have in mind to play in the top Spanish league because I’ve never done it. I’ve only had the chance to play in La Liga2 and it’s clear the elite catches my eye. I don’t know when that will be nor where, but yes, it’s something I’d like a lot.”