Newcastle United remain ‘interested’ in Barcelona’s Philippe Coutinho, according to a front-page report from Mundo Deportivo.

It’s claimed the Tyneside club are now a ‘serious option being considered’ for the 27-year-old’s transfer.

The English side are in the process of being takeover by a Saudi group and the La Liga winners are waiting to see if the sale of the Magpies goes through.

Should that happen, a lot of investment will be made at Newcastle and it could also mean a change of manager for next season.

Mauricio Pochettino and Rafael Benítez are considered as potential candidates to replace Steve Bruce and if either of the two ends up at St James’ Park, Mundo adds that they would welcome Coutinho ‘with open arms’. 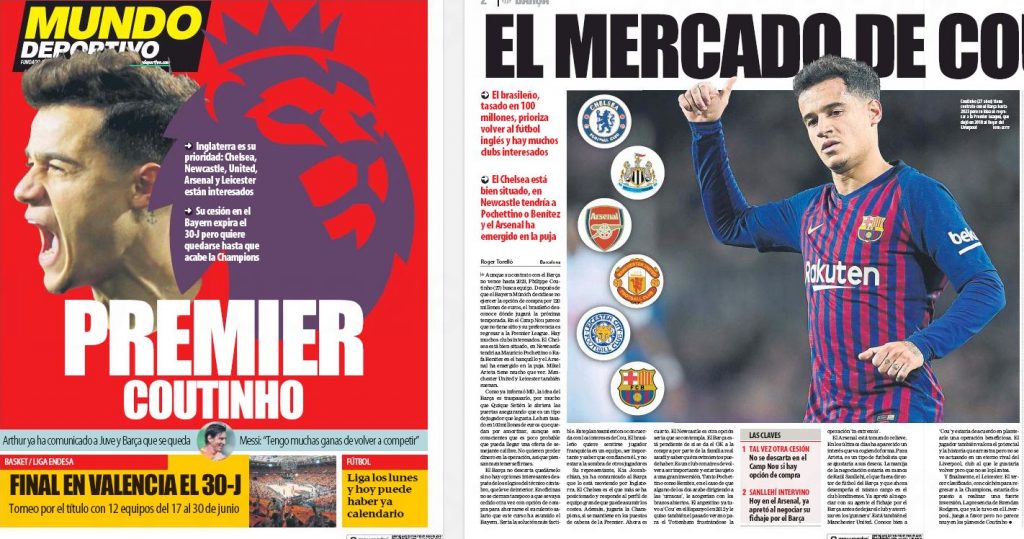 The former Liverpool man is currently on loan at Bayern Munich and they have decided against making his loan deal permanent.

Barca have slapped a €100m valuation on the South American, but they are aware no club would be willing to pay that amount.

If there are no convincing offers, the Spanish champions would consider allowing the player go out on another loan spell (with a purchase option) in order to save on wages. The newspaper believes this would be the ‘most feasible solution’.

“It stinks” – Watford ready to ‘assert their rights’ over transfer...