In the latest twist involving Pape Gueye’s transfer to Watford, the player doesn’t want to move there anymore.

Officially announcing the midfielder’s arrival on Wednesday, the Hornets secured the Ligue 2 player’s services for the next five years, putting an end to speculation surrounding the 21-year-old’s future.

However, it quickly came out that there might have been some unhappiness from the player’s camp, with his new agent (he changed representatives earlier this year) Pierre-Henri Bovis telling L’Equipe: “We are questioning a few things regarding possible irregularities around the signing of his contract.

“We do not deny the existence of an agreement with Watford done through Pape Gueye’s former agent, but we point the finger at what could be anomalies.” 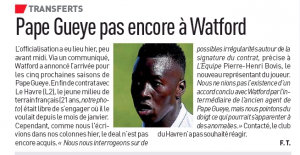 L’Equipe headline the small article with ‘Pape Gueye not at Watford yet’, and now it’s gone one step further according to Radio France journalist Fabrice Hawkins, who took to Twitter to reveal the news.

He explained the midfielder ‘no longer wants to go to Watford’ as the young midfielder ‘fears being immediately loaned to Udinese’.

He adds the player ‘would like to stay in France’, but the problem is he ‘signed a five-year contract with the English club in January’.

Unless Watford somehow agree to cancel the deal in place after announcing it, we’re not entirely sure what can be done unless the aforementioned ‘anomalies’ give Gueye and his entourage grounds to get the contract voided.

An interesting situation that needs an eye kept on it, and that’s exactly why we’re here. 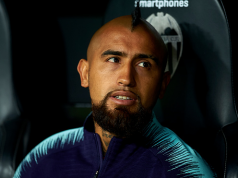