There’s no denying that Eddie Howe has changed a lot of things at Newcastle United since he took over at St James’ Park.

The former Bournemouth manager has helped steer the club away from the relegation zone, and the Magpies can now look forward to another season in the Premier League.

The summer is expected to be busy at Newcastle, with the new owners seemingly ready to heavily invest in the squad, continuing the trend we saw in January, when the likes of Bruno Guimaraes and Kieran Trippier were signed.

However, despite all that movement at player level, Howe is expected to stay and build the squad around select players, like Allan Saint-Maximin.

The winger is a fan favourite at St James’ Park, capable of getting the crowd off their seats with his dribbling ability, and he’s looking forward to a bright future under the new ownership.

In fact, he’s looking forward to life under Eddie Howe too, with the Frenchman telling So Foot how the manager surprised him right after being given the job.

He said: “When he arrived, he gave us a piece of paper and asked us to write down what we loved in life, the names of our kids, things like that… I must have had minimum seven or eight managers, and I’ve never seen someone do something like that. 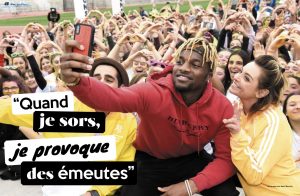 “He also instilled moments where each player must speak in front of everyone and tell their life story, talk about their childhood… There have been very moving moments, we learned a lot of things about our teammates and staff that we had no idea about. It allowed us to be more together.

“Eddie Howe is really strong at building relationships and you can feel it on the pitch. Without that, I don’t think we would have managed to climb back up the table like we did.”