On June 9th, Liverpool confirmed Divock Origi, Loris Karius, Sheyi Ojo and Ben Woodburn will leave Anfield when their deals expire at the end of this month.

In addition to these players, the Merseyside club are set to see Sadio Mané leave for Bayern Munich this summer.

Liverpool invested big on Darwin Núñez, and could still look to sign another attacker, if reports coming out of Spain are to be believed.

Marco Asensio’s contract at Real Madrid expires in 2023. He isn’t close to signing a new deal, and is on the agenda of the Premier League side and AC Milan.

According to AS, Liverpool have informed the 26-year-old’s entourage they like him as his profile would help them to replace Mané. 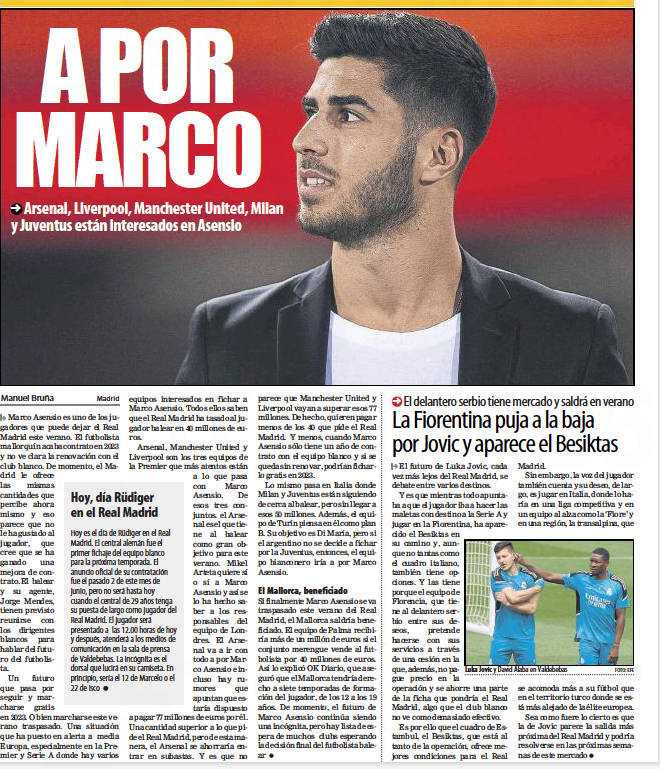 The Spain international is looking for a project that offers him more game time. That may not be easy to achieve at Anfield as Jürgen Klopp has Mohamed Salah, Roberto Firmino, Núñez, Diogo Jota and Luis Díaz as options for three positions up front.

Asensio is enjoying a break in the United States and is in no hurry to make a decision on his future. He has left his future in the hands of his agent, Jorge Mendes.

AS’ claims are echoed by Sport on Monday. They further add Liverpool have become the latest club to show interest in the winger. That’s because Klopp, after securing Núñez’s services, is looking to complete his side’s attack by signing the Real Madrid player.

However, Carlo Ancelotti’s man fears that he may not be able to have enough game time, if he joins the English club. Therefore, he sees the option to join AC Milan as better.

The Serie A winners are bidding hard for the Spaniard, but do not have the same financial muscle as Liverpool.

Over at Mundo Deportivo, they also name the FA Cup winners as among the clubs in the picture for Asensio.

There have been rumours of another club being willing to pay €77m for him. However, the newspaper states the Reds are not ready to offer this fee.

In fact, Liverpool ‘want to pay less’ than the €40m fee requested by Los Blancos as they can sign Asensio for free in 2023, if there is no change in his contract situation with the Champions League winners.