Home Europe “And how much have Liverpool and Klopp spent?” – Bayern boss snaps...
SHARE

Niko Kovac isn’t very happy with how the German media are portraying him, and has given an interview to SportBild which makes that very clear.

The Bayern Munich boss insists that the idea he’s tactically clueless is clueless in itself, given he was praised for being just the opposite at Eintracht Frankfurt.

Two points behind Borussia Dortmund in the Bundesliga, Bayern have a good chance of winning the league, but it still wouldn’t be considered a good campaign.

Champions League exit to Liverpool hurt, especially the clear difference in level, and investment is subsequently expected at the German club this summer.

Lucas Hernandez has already been secured for around €80m, and Benjamin Pavard is set to join him. Alphonso Davies arrived in January, and when having the 18 year old’s €10m transfer fee put to him, Kovac snapped back.

The Bayern boss asked: “And how much have Liverpool and Jurgen Klopp spent in the 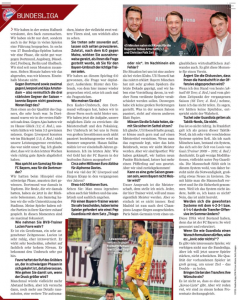 Kovac replied: “You see, you have to stay fair and be analytical and objective.”

If Liverpool and Bayern meet in the Champions League again next season, Kovac will be under much more pressure to advance… and it’s clear he knows the reckoning is coming.