One of the great talents to come out of Belgium in the early 2010s, Mehdi Carcela-Gonzalez’s could have been very different to the one he has now.

Back in 2011, the then 22-year-old had already picked up his first cap for Belgium, albeit in a friendly, and was tracked by some of the biggest clubs in Europe, including Arsenal.

The Gunners were looking for a new winger, primarily to play down the left, and their main target was a certain Eden Hazard.

Of course, we all know what happened there, with the Belgian starlet ending up at the ‘champions of Europe’ a year later, with Arsenal unable to get their man before them.

Seeing their attempts frustrated, it appears Arsène Wenger moved onto the next best thing in Belgium, which, at the time, was the now Morocco international.

Speaking to Sport/Foot in Belgium, the 28-year-old recalls exactly what happened that summer, which ended up with him ending up at Anzhi Makhachkala at a time where Samuel Eto’o became the best paid player in the world there.

He said: “In 2011, that was the time when I was hesitating between Belgium and Morocco. I’d received quite a few offers from Arsenal, Marseille and Benfica. Vicente del Bosque, Spain’s manager at the time, asked me to have a test with Spain’s U21s. 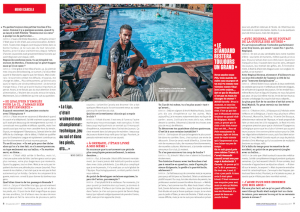 “Real Madrid put a lot of pressure on me to choose either Spain or Belgium because they don’t like players leaving midseason for the Africa Cup of Nations. Negotiations were underway, then the accident happened.”

The misadventure in question happened on the 17th of May, when now Toronto left-back Chris Mavinga kicked Carcela-Gonzalez, leaving him with a number of fractured bones in his face.

From there on in, the forward struggled, which showed during his first training session at Anzhi, which even he admits was catastrophic.

As for Arsenal, who did they end up getting that summer instead? A certain Gervinho from Eden Hazard’s Lille.