Following their narrow escape from relegation back to the Championship last season, it’s understandable that West Ham and David Moyes would want to bring in some reinforcements.

Their performances were sub par for most of the campaign, and it was only a timely resurgence after the Covid-19 break that helped them avoid the drop.

The defence needs a lot of work, as has been widely reported, and one area the club were looking at was left-back.

At least, that’s what Gazzetta dello Sport hint at, claiming that Torino’s latest signing, Ricardo Rodriguez, had the opportunity to go to West Ham instead. 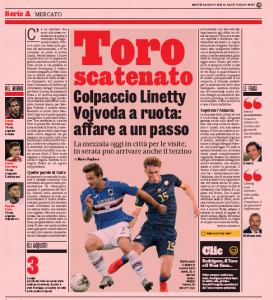 They report the Switzerland international was ‘snatched’ from the Hammers’ grasp by the Serie A club, and even give us a little bit more.

Prefacing the information by explaining ‘money isn’t always everything’, the newspaper state Rodriguez told West Ham ‘no thank you’ because of ‘the project and ambition’ shown by Marco Giampaolo’s new side.

We’ll see if he made the right choice next season…