Manchester United and AS Roma continue to discuss the future of Chris Smalling.

Loaned by the Red Devils at the start of the season, the defender has made 32 appearances for the Serie A side so far, and that was enough to convince them that he should stay at the club for longer.

It’s been months since both sides started negotiating a permanent deal, and despite many reports of meetings between them, no agreement has been found so far.

Newspaper Tuttosport brings a little update on the situation, claiming that new talks are set to take place this week. 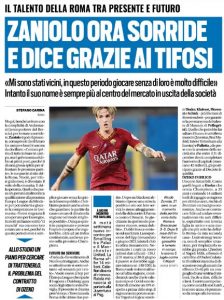 The outlet states that Roma are about to make a new offer for Smalling, this time of €14m.

That’s all Tuttosport has to say for now, as they don’t point out how much Manchester United are demanding. But after months of negotiations, it’s fair to say Roma probably know what it will take for the Red Devils to finally let the 30-year-old go.