Home Europe Medical on Liverpool transfer pencilled in for later this week, and 31...
SHARE

Gazzetta dello Sport dismiss a rumour Emre Can could be having a medical today to complete a transfer from Liverpool to Juventus this summer.

The German sees his Anfield contract expire in June and that he’s almost certainly moving to the Turin club has been an open secret for a while.

In the lead up to the Champions League Final it was reported repeatedly in Turin that after the match everything could be completed, and that led to an assumption from some quarters that Can would be having a medical today and then going off on holiday.

Gazzetta say that’s not the case and the visit to Turin is pencilled in for later this week. Then Can will be expected to go through all the details to make a transfer from Liverpool complete, before going off on his holidays.

Claims of interest from Real Madrid and Bayern Munich didn’t look to have anything in them, despite Juve’s closest media claiming the club had beaten such competition. 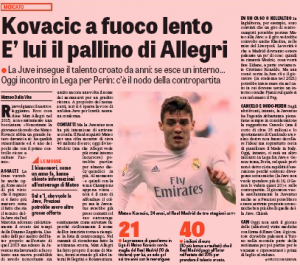 Jurgen Klopp is expected to add a further midfielder this summer, on top of the acquisition of Naby Keita.

Gazzetta claim there’s interest from the English club in 31 year old Sami Khedira, and say Juve are looking at the option of signing Mateo Kovacic from Real Madrid.