Manchester United are now looking for a new manager after relieving Ole Gunnar Solskjaer from his duties on Sunday.

Monday saw various reports in England insist United have identified Mauricio Pochettino, and the Paris Saint-Germain manager is open to making a switch to Old Trafford.

Today’s edition of Le Parisien asks whether the Argentine’s ‘divorce’ with the Ligue 1 side is ‘inevitable’, just months after he came close to leaving the Paris club in the summer, when Real Madrid and Tottenham Hotspur were keen on recruiting him.

A few months later and after additions were made to the squad, the former Spurs manager ‘feels cramped’ at PSG, where he is ‘obliged to apply the ideas of the club and not his principles’.

The question now arises of whether the 49-year-old will continue to train PSG for long. ‘As crazy as it sounds, all options are on the table’, states the newspaper, who then add that this is ‘the beginning of the crisis’. 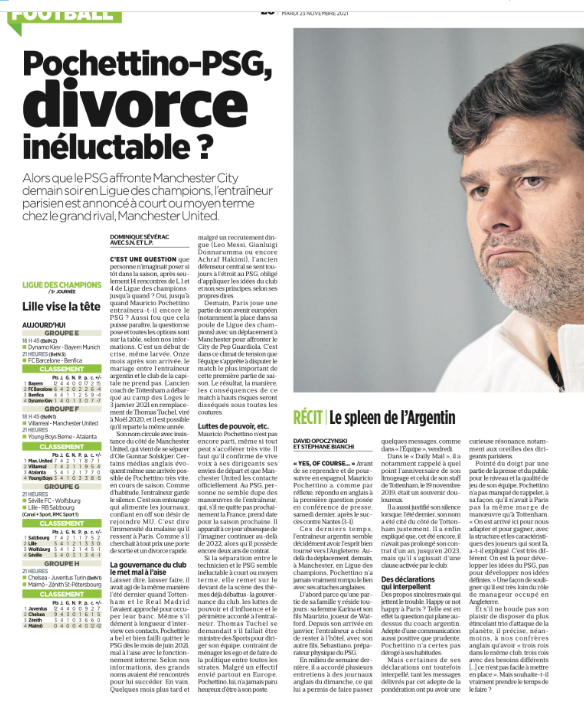 Pochettino has not yet left, but Le Parisien say ‘everything can accelerate very quickly’. For him to leave the French giants, the coach must first ‘verbally confirm’ to the club’s leaders about his wish to leave and, Manchester United must officially contact PSG.

Although the South American has a contract until 2023, the newspaper says it’s unlikely the manager will continue at PSG beyond this season since he doesn’t seem to be happy at the club.

In the event Pochettino leaves Paris in the coming weeks, another report from the same paper states PSG plan to replace him with Zinedine Zidane, who is currently out of a job. 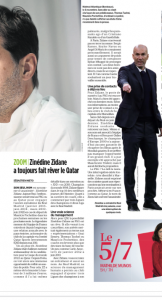 For the Paris club’s leaders, ‘the possibility of Zinedine Zidane at PSG is a dream’. The ex-Real Madrid boss’ arrival would ‘put an end to the experiments’ they had with Unai Emery, Thomas Tuchel and now with Pochettino.

There has been ‘at least one contact’ between PSG and Zidane in recent months and the challenge to manage the Ligue 1 side ‘tempts’ the Frenchman.

‘However, there is a question: very identified with Marseille, Zidane is said to have expressed fears about the repercussions that an appointment in Paris could have on his relatives,’ states Le Parisien.

As a final note, there is no mention from Le Parisien of Pochettino having a release clause.