Illan Meslier initially joined Leeds United from FC Lorient in 2019 and a year later, his stay at Elland Road was made permanent.

After finding it hard to enjoy minutes in his first six months with the Whites, the 21-year-old was given opportunities in February 2020. Since then, he has been the first-choice goalkeeper for Marcelo Bielsa.

The Frenchman’s performances for the Premier League side have seen him get linked to several other clubs. Barcelona are on the list.

Today’s edition of Mundo Deportivo states the Catalan club’s sporting leaders are looking at a new keeper not only because Neto could leave in the summer, but also due to the knee injury suffered by Marc-André ter Stegen.

Meslier emerged as a surprise candidate as Xavi Hernández’s side are considering a shock move for the Leeds man. The 21-year-old’s current deal with Leeds lasts until 2026 and he has a ‘market value of €20m’. 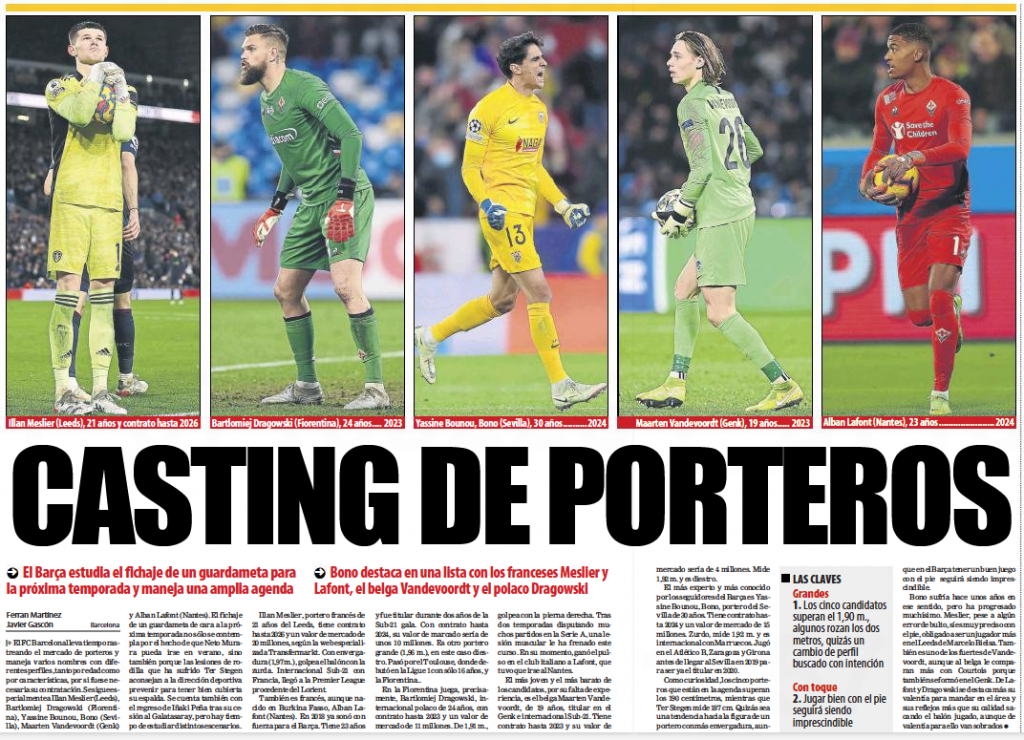 Despite having big coverage in today’s newspaper, Mundo doesn’t provide a lot of information the chances of Meslier ending up at the Camp Nou in the summer.