Some say the coach leaving the Eagles now, others claim he’s being sacked at the end of the season, but all of them agree that he’s out from the Lisbon side following the latest results.

Now it’s time for the Eagles to start the hunt for a new boss, and what most of the local media agree is that former Everton manager Marco Silva is the main candidate for the job.

A Bola, Record and O Jogo, the three biggest sports newspapers in the country, all claim that the 42-year-old is ‘on top of the pyramid’, against the likes of Jorge Jesus and Leonardo Jardim. 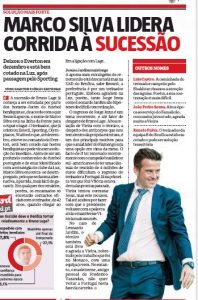 Newspaper Record is the only one who details Benfica’s plans to open talks with Silva, and they say it will only happen once Bruno Lages’ departure is sorted by the club.

They say Marco Silva has a ‘deep knowledge of Portuguese football’ and ‘is identified with the Eagles’ strategy’.

The manager has been unemployed since leaving his job at Everton in December 2019. He started his career at Estoril, and then managed Sporting, Olympiacos, Hull City, Watford and the Toffees.