There hadn’t been much doubt the Argentine would extend his deal at Elland Road, although fans will feel a little more comfortable about the situation now everything has been made official.

Leeds United haven’t been especially busy in the transfer market so far this summer, and there’s hope that additions can be brought in during the final two weeks of the current window.

One of those could be Mikkel Damsgaard, a player the club have been linked to repeatedly during the summer market. The 21-year-old winger impressed for Denmark at Euro 2020, and that obviously prompted claims of transfer interest.

Tottenham have been presented as a candidate for the Sampdoria player, and La Repubblica brings Leeds forward as competition. According to the Italian newspaper, 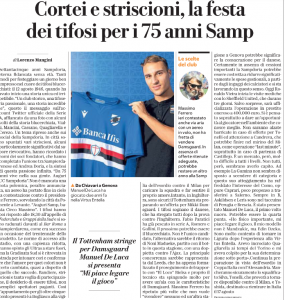 Bielsa is ‘pushing hard’ for his club to sign someone like Damsgaard, liking the ‘characteristics’ of the Denmark international.

Sampdoria don’t want any big departures yet they’re facing financial issues, which seems to be the case for every Serie A club, and would therefore be forced to listen if a big offer arrives.