Manchester United see Real Madrid midfielder James Rodríguez as a ‘key reinforcement’ this summer but do not want to pay the Spanish side’s asking price for him.

That’s according to Mundo Deportivo, who report that United don’t want to pay a ‘large amount’ for the Colombian, who is valued at around €30m.

Instead, those in charge at Old Trafford are looking to work out a ‘formula’ with Madrid that would let them sign Rodriguez at a lower price and let them do business elsewhere.

Manchester United’s idea is to convince Real Madrid to sell Rodríguez for lower than their asking price, using the fact that his contract runs out next summer, and that he can negotiate with clubs from January, to their advantage.

What that price may be isn’t mentioned by Mundo, but this is an ‘advantage’ that several clubs, including Everton and Atlético Madrid, are looking to take advantage of.

The newspaper explains that his expiring contract will ‘undoubtedly’ be key to the 28-year-old’s future, which is looking increasingly likely to be away from the Bernabeu.

He has now ‘practically closed’ his time at the club, having spent six years there following a big-money move from Monaco in 2014.

Whether his future is at Manchester United, though, remains to be seen. This is not the first time he’s been linked with a move to Old Trafford with them having been regularly named as suitors.

However, there has never been anything concrete in that regard, with United’s name often used to drum up interest from other clubs instead.

That could very much be the case again here, particularly given Rodríguez doesn’t seem to fit in with the strategy of signing young, up and coming players that Ole Gunnar Solskjær has implemented at the club since his permanent appointment in March last year. 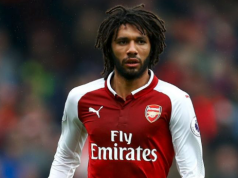 Manager pushing for club to bring back Arsenal player – Big fan of his, currently ‘having difficulty’ at Emirates

Rangnick ‘will try to convince’ star to sign for Manchester United...

Manager pushing for club to bring back Arsenal player – Big...