Home Championship Player explains he got ‘green light from Lukaku’ before deciding on Everton...
SHARE

In the Championship, the DR Congo international scored twice and registered four assists in 21 appearances, which included only nine starts.

Last month, Villa cut short the former Crystal Palace man’s loan and allowed him to return to the Merseyside club. The Toffees once again sent him out on loan, this time to Anderlecht.

Bolasie has explained why a move away from England, both the Premier League and Championship, was the right ‘solution’ for him.

“The reason Premier League clubs lend players to clubs to lower leagues is because it is much more physical,” Bolasie told Het Nieuwsblad.

“They want to make men out of boys. But I notice that the players here are equally strong, in a different way. In any case, this was the right solution for me at the right time.

“I have already learned many things that I never learned in England, especially given the fact that I did not have a classic education. Small things that help me move forward as a footballer. Anderlecht is a big club that has certain goals.”

Before joining the Jupiler Pro League side, the winger received advice from Manchester United striker Romelu Lukaku, who was his former teammate at Everton.

The duo became good friends during their time at Goodison Park and the 29-year-old has now revealed the Belgium international urged him to not join Villa before the start of this campaign.

“He said last summer that I should not go to Aston Villa and I did it anyway,”  he added. 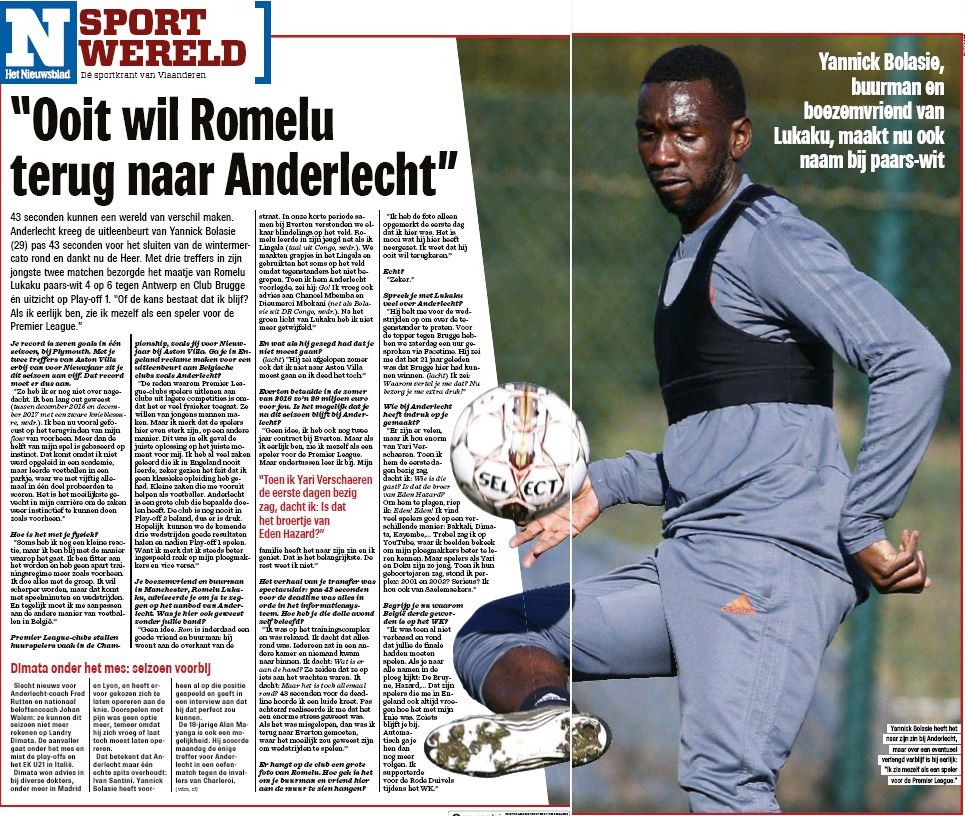 Bolasie also explained how a conversation with Lukaku and his compatriots and former Anderlecht players Chancel Mbemba and Dieumerci Mbokani convinced him to join the current club on a temporary deal.

“Rom is indeed a good friend and neighbour: he lives on the other side of the street. In our short period together at Everton we blindly understood each other on the field,” he explained.

“Romelu learned in his youth, just like me, Lingala. We joked in Lingala and sometimes used it on the field because opponents did not understand it.

“When I asked him to Anderlecht, he said: Go! I also requested advice from Chancel Mbemba and Dieumerci Mbokani. I haven’t doubted after the green light from Lukaku.”