Ever since Newcastle United were bought by the Saudi Arabian Public Investment Fund, Sven Botman has been a target for them.

Milan then waltzed in, and it seemed the dream of signing the Dutchman was gone, as most believed he would head to Italy.

However, with the Serie A side in the middle of their own takeover, a window of opportunity has opened for Newcastle to get their man (with a new super offer reportedly made), but other clubs, like Manchester United, are also sensing an opportunity.

That’s what TuttoMercatoWeb are reporting on Friday afternoon, claiming that while the Magpies ‘are serious’ about the centre-back, other clubs ‘have joined’.

Among them are Manchester United, who now have a Dutch manager at the helm in Erik ten Hag, and desperately need to solidify their defence after a rather dismal domestic season.

It could be that the new man in charge has highlighted his countryman as an option to ensure they don’t end up conceding 57 goals next year, but Milan ‘have an advantage’.

That’s because they’ve already reached an agreement with the player, but they have yet to do so with Lille over the €30m transfer fee, and while their takeover is underway, ‘closure will not come’.

Therefore, ‘for Botman, the priority remains Milan, but without the acceleration, he could decide to go elsewhere soon’, which will be music to the ears of Newcastle and Manchester United. 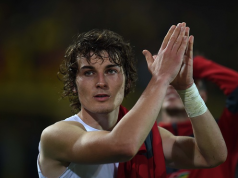