On April 5th, Bild reported that Ralf Rangnick would advocate Konrad Laimer’s signing for Manchester United. The Red Devils are not alone as they are now joined by Liverpool in the chase for the RB Leipzig player.

The 24-year-old has mainly operated the middle of the pitch, and has also been used as a defensive midfielder this season. He has five goals and six assists to his name from all competitions.

Laimer’s performances for the Bundesliga side have caught the attention of other clubs as Kicker on Thursday explain both Manchester United and Liverpool are ‘looking’ at him.

Bayern Munich are also in the picture, but the report states the German champions are not the only club interested in the player, hence the mention of the Red Devils and Jürgen Klopp’s side.

Leipzig have made it to the DFB-Pokal final, where they will face SC Freiburg on May 21st. In addition to this, Domenico Tedesco’s side are in contention to win the Europa League 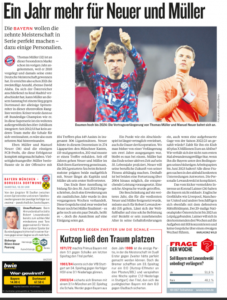 this season. They are set to play Rangers in the semi-final of the competition.

The Austria international’s current deal runs down in 2023 and he ‘wants to focus’ on the tasks in hand with his current employer for the next few weeks. Laimer does not want to ‘hold any talks about a possible change’ before the end of this campaign.

In other words, Manchester United and Liverpool, who are ‘looking’ at Laimer, will have to wait until RB Leipzig finish their campaign to know their chances of signing the player in the summer.