Let’s start with what happened last January, when Manchester United were reportedly very keen on signing Victor Lindelof from Benfica.

The defender had a €30m release clause at the time, but there were still claims Jose Mourinho’s men would be asked to, and agree to, pay more. A new contract would raise the clause from €30m to €60m, although the deal between Benfica and Manchester United would let him move for €45m.

It never made much sense, but that was the word in the Portuguese press at the time.

However, Benfica sold some other players, didn’t need the Lindelof money, and the defender ended up signing that new contract. Now they would be waiting for Manchester 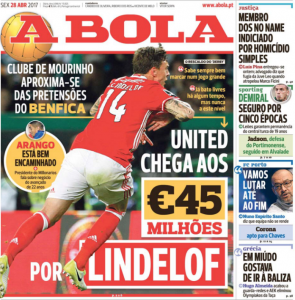 That’s how we arrive at A Bola’s front page (and following 2 pages) today, on which they claim Manchester United have reached the €45m figure, previously demanded by Benfica.

Is that an official bid? No. Actually, they make a lot of noise for something that does not sound so urgent. Especially because it’s not something new either.

The very same article recalls that this amount was what Manchester United wanted to pay on the last day of the January window, but Benfica decided not to sell.

What they don’t explain is that as Lindelof’s renewal was only officially announced in March, it’s very possible that he still had a €30m release clause for the claimed deadline day approach. So, in theory, Benfica wouldn’t have had the right to say no to that offer. 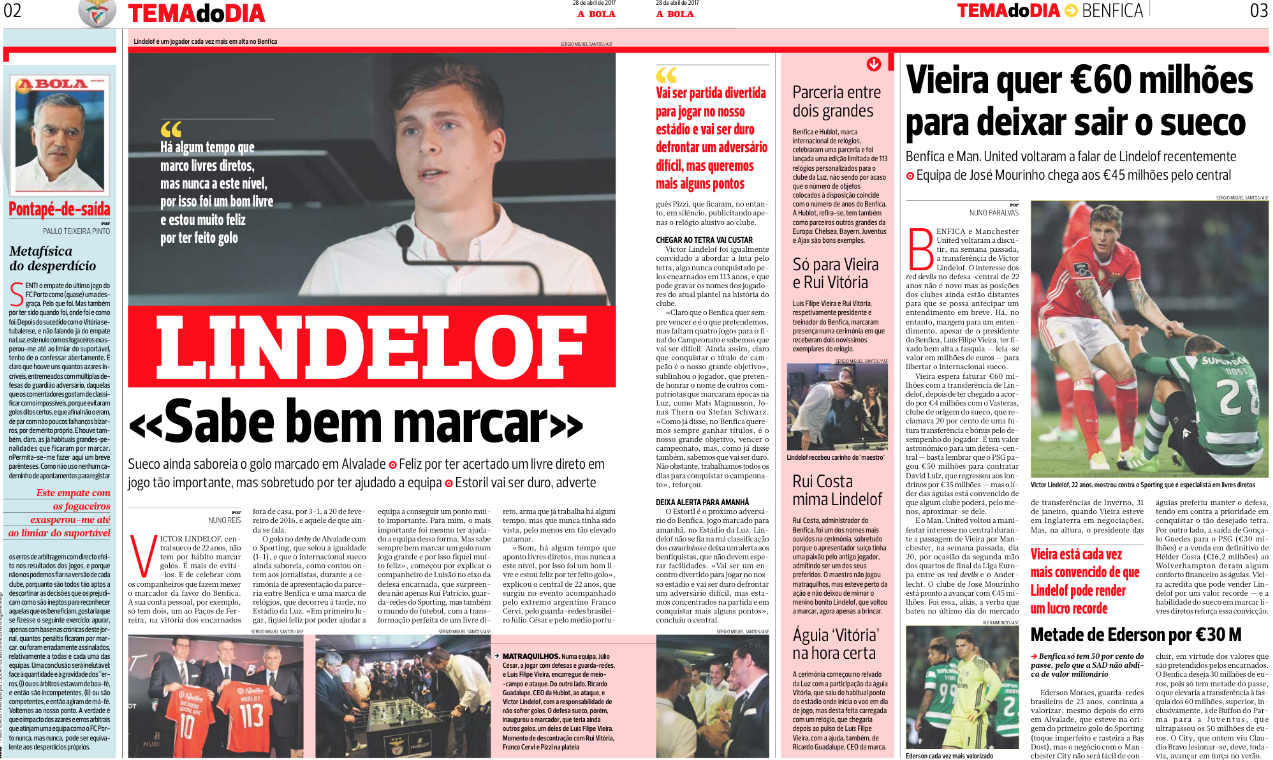 But leaving the past aside, let’s see how they believe things will go from here.

This time, it’s claimed that Benfica president Luis Filipe Vieira, who was in Manchester last week (he’s always in England it seems, must be the weather), has heard Manchester United are once again willing to pay €45m for the defender.

His response to that, believe it or not, is that he wants €60m for the player. The amount of his current release clause, like Portuguese clubs always do.

We’re shocked. Who could see that coming?

So A Bola’s article is basically a synopsis of a new saga. Benfica will now push for €60m and Manchester United will want to pay €45m.

The Portuguese side’s idea would be to break a record for the transfer of a defender, and his release clause makes them sure they are very well protected to negotiate until the end.

We think the question here is if Manchester United were naive with their January approach, not pushing the clause enough, or if this mess never happened. At least not as reported.