Home Europe Manchester City will be keeping eye on player’s fitness, still out with...
SHARE

Douglas Luiz continues to get little hurdles thrown in the way of his development.

Spending last season on loan at Girona, the Brazilian wasn’t keen on returning. He only started one La Liga match, and made a further 14 substitute appearances. The manager didn’t fancy him much and Luiz had set his heart on staying at Manchester City.

The club weren’t entirely set against that, but the 20 year old was unable to get a work permit, so needed a loan.

Those in charge at City assured Luiz that returning to Girona would be fine, there was a new manager and he’d be used.

And it has been much better, he’s started six league matches and is a key component.

Then, on October 31st, he played on for longer than he should in a Copa del Rey match against Alaves. It’s understandable he wasn’t keen to come off, but the muscle injury he picked up may have got worse.

He hasn’t played since. 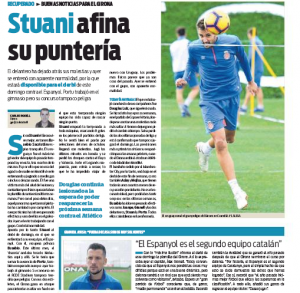 Sport report that he’s still not fit enough to take part, and whilst it’s stated the player has hopes of being back in a week or so, there’s no firm date.

Manchester City will be keeping an eye on the situation, hoping he’s fit very soon, and hasn’t lost his place in the side.