Ilkay Gundogan has confirmed he will sit down and discuss his future with Manchester City about his future in due course amid talks of a departure from the Etihad.

The midfielder has been a key player under Pep Guardiola again this season, with ten goals and six assists in all competitions to his name.

His most important goals came on the final day as a quickfire double against Aston Villa helped to secure the title in a dramatic end to the campaign.

Those goals again showed the important role he plays for Manchester City; something Pep Guardiola was keen to point out after the game.

How much longer he will be scoring goals like that for the club remains to be seen, however, as his current contract at the Etihad is set to expire in 2023.

That means he and the club need to make a decision this summer, either sign a new deal or leave this summer for pastures new.

The decision is yet to be made, but Gundogan insists he will be sitting down to talk to Manchester City about the situation before too long.

“We will sit down together in due course and exchange our ideas and plans, and then we will see what comes out of it,” Fussball Transfers report him telling Kicker.

“Football-wise, there is certainly still no better address than Manchester City under Pep Guardiola, and I think that will hardly change in the next few years.

“Of course, I would have liked to play a little longer in one or two important games over the last few months. That’s not a secret. I am a player who always wants to play.” 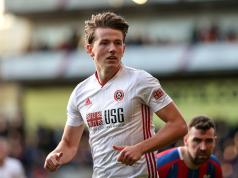