Earlier today, we covered an article from AS which explained that whilst Brahim Diaz somewhat has his heart set on a move to Real Madrid, the deal isn’t quite as done as Marca suggested on Thursday.

The player’s agent, Pere Guardiola, was seeking to calm the situation down, and staying at Manchester City hadn’t been completely ruled out.

Just after we’d published that, we opened Marca… and there was Brahim Diaz on the front page, smiling back at us with youthful enthusiasm, with a headline shouting ‘Destination Madrid’.

Inside, another headline says Diaz has given his ‘Yes’ to the transfer, but the text is the same as what was on the newspaper’s website on Thursday.

It’s claimed the Manchester City youngster ‘will become the next signing of Real Madrid’, the English club’s attempts to try and keep him have failed, and he’ll be moving back to Spain. 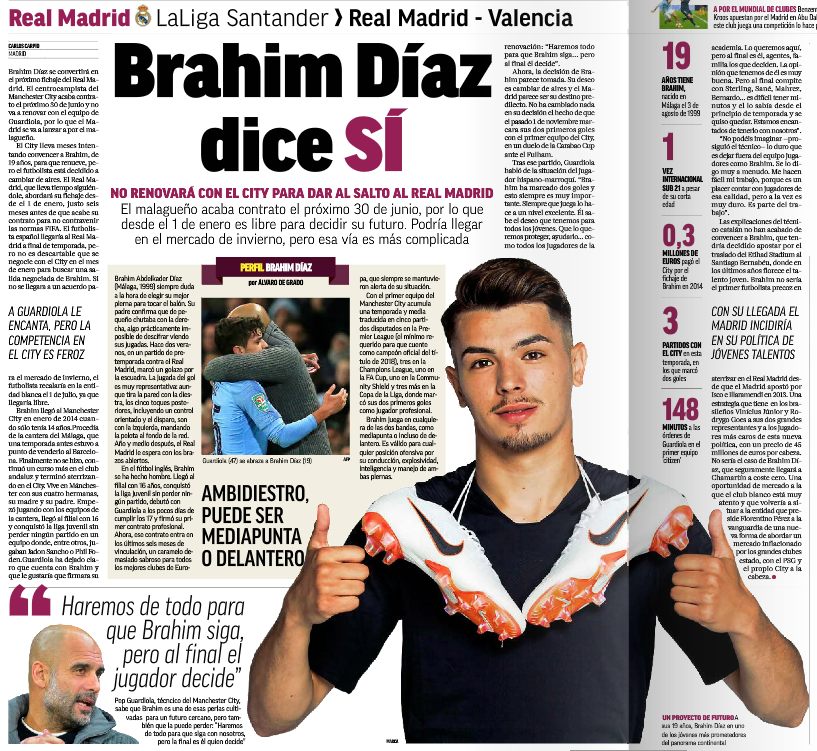 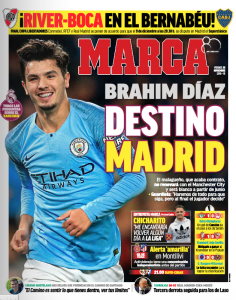 Interestingly, a little further down the article they state ‘Madrid seems to be his favourite destination’.

Surely it either is or it isn’t and if that’s not certain then the transfer is long way from being as close as Marca’s hype says.

This is going to be a story running up to the January window, and beyond it if he hasn’t renewed or moved in the winter market.