Manchester City are owned by the City Football Group and in recent years, the CFG have added new clubs from Europe and across the world to their stable.

This has allowed CFG to sign young talents from South America, hoping for a future at Manchester City, and then send them out on loan to one of the clubs they own.

City’s owners have a new player in their sights. That, according to A Bola, is Jackson Porozo, who is currently plying his trade in Portugal with Boavista.

Boavista took the defender from Ecuadorian side Manta FC in 2020 and after struggling in his debut season in Europe, the 21-year-old has been featuring regularly this campaign, making 21 appearances in all competitions.

CFG have plan to buy the Ecuador international and to do that, they are ‘willing to pay’ a fee of around €3m. A Bola explain this figure would not be sufficient for Boavista.

Apart from City’s owners, the Ecuador international is also in the sights of Fenerbahçe. The Turkish club wanted to take Porozo on a loan deal with an option to buy.

However, the €4.5m fee demanded by Boavista has ‘dampened’ Fenerbahçe’s interest in the centre-back.

A Bola’s report does not indicate whether City’s owners are ready to improve their offer for Porozo, or whether CFG intend to sign him for the Premier League side. 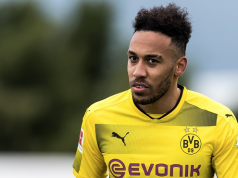 Manchester United pull out of transfer race for player ‘after complaints...