Manchester City have again been dragged into the Lucas Hernandez situation after the France international spoke this week about a possible transfer.

Whilst saying he’s happy at Atletico Madrid and would like to stay there for a long time, Lucas also said he’d have to consider an impossible to refuse offer.

This has got Marca excited, and they insist interested clubs have made dizzying offers after knocking on the players door. Those clubs are named as Manchester City, Manchester United and Real Madrid.

None of those would have a problem paying the 22 year old’s €80m buyout clause, it’s explained. 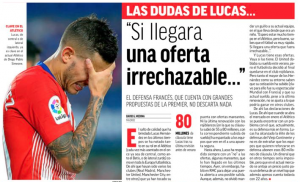 Manchester City of course have Benjamin Mendy at left back, and whilst Lucas can also play in the centre, it’s out on the left that he’s made his name.

There have been recent doubts, both from Manchester City and the French national team, about Mendy’s commitment and professionalism but it’s surely not at the stage that Pep Guardiola turfs him out and spends €80m on a replacement. 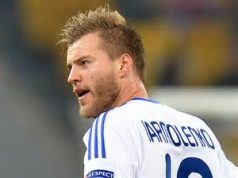