Football is absolutely awash with money these days, yet while there may be billions on offer throughout the game, the money is not spread out evenly.

The top five leagues in Europe are considerably richer than the rest, with the Premier League significantly wealthier than the other four leagues in that group.

It means that even clubs down the league, for example, West Ham, Newcastle, Aston Villa, to name just three, can all spend vast sums on players and barely bat an eyelid.

That’s what they did this summer, with West Ham spending £36m to sign Sébastien Haller from Eintracht Frankfurt and Newcastle splashing £39m on Joelinton from Hoffenheim.

Those are significant sums by anyone’s reckoning, and RB Leipzig manager Julien Nagelsmann believes both transfers are an indicator of how Germany can no longer keep up with England. 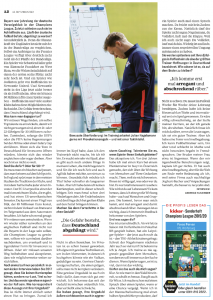 “Even a promoted team in the Premier League has considerably more money than the fifth in the Bundesliga,” he told Kicker.

“A player like Sébastien Haller goes from Eintracht Frankfurt to West Ham, where the probability of (them finishing in) one of the first six places is not very high.

“And a player like Joelinton goes from Hoffenheim to Newcastle United (but) Newcastle is no better in the league than Hoffenheim. Yet, they can spend 50 million on a player.

“Hoffenheim and many other clubs just do not have those options. The danger already exists that Germany will be left behind.”