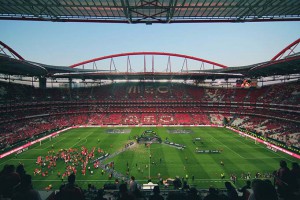 Speaking to Voetbal International, Hoekman was asked about NEC’s plans for next the campaign, and whether Limbombe would be at the club. The Dutchman said there have been clubs monitoring the situation with the 21-year-old, but as yet no official bid has come in for him. Hoekman revealed it is quiet at the moment because the window hasn’t yet opened, although he expects things to change.

“There is dormant interest, but we have received no bids yet. The transfer market has not really started, it’s quiet. Tomorrow may be different,” said the NEC man on the future of Limbombe.

Limbombe has been linked with Leeds United for the past 12 months, with recent claims they will fight it out with Ligue 1 side Lille to sign the player this summer. There were also reports last week from Holland that Limbombe has handed in a transfer request, and NEC could be forced to sell him because of financial difficulties.