Injury has restricted Paul Pogba from featuring for Manchester United for more than two months, but hasn’t stopped him being linked with Real Madrid.

Zinedine Zidane is a big fan of the midfielder and ‘Zidane insists on Pogba’ is splashed on Marca’s front page today.

Los Blancos progress in La Liga and the Champions League, coupled with Federico Valverde’s emergence in the first team, has not stopped Zidane from pressurising his employer to buy the Red Devils star.

Zidane ‘loves’ Pogba ‘at all costs’ and is never tired of asking the La Liga side to sign his compatriot either in January or next summer.

When the manager decided to return to Santiago Bernabéu in March, the World Cup winner was the only express request, but Real Madrid have not fulfilled his wish so far.

The Spanish club’s coach met Pogba in Dubai in October, where Zidane informed the 26-year-old his interest in him is still alive. Pogba, on the other hand, has informed his compatriot that Real Madrid remains his first choice destination. 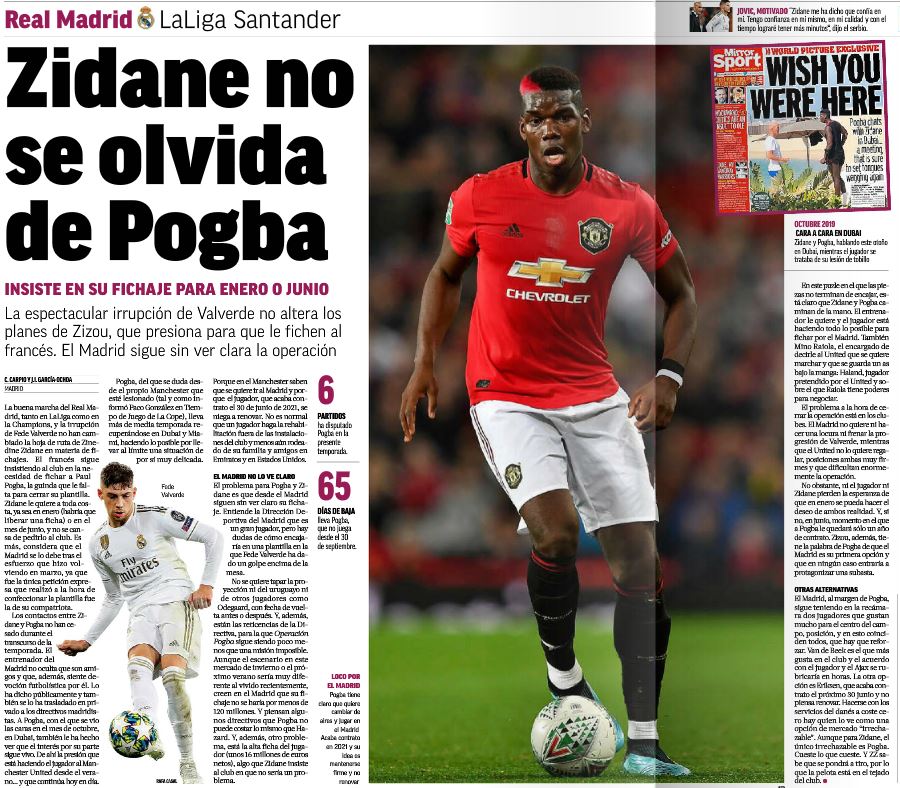 With Zidane putting pressure on his bosses, Marca also explains Real Madrid are not convinced by Pogba for various reasons.

The sporting leaders of the club are aware of Pogba’s qualities, but are unsure where he would fit in the squad after Valverde’s emergence. They fear the United player’s arrival would block the development of young talents like the Uruguayan and Martin Ødegaard (currently on loan at Real Sociedad).

The cost of the operation is also another factor as Pogba will cost Real no less than €120m. 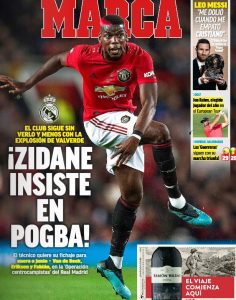 Some directors at the club believe he shouldn’t cost as much as Eden Hazard, while others are concerned about his net wages of €16m per year. Zidane, however, continues to insist it won’t be a problem.