There have been contradicting claims regarding Ole Gunnar Solskjaer’s future at Manchester United after the Red Devils’ disastrous start to the season.

United have won only two of their first eight matches and are currently in the bottom half of the table.

Earlier today, we carried a report from Tuttosport, who explained Massimiliano Allegri is ‘very close’ to the 20-time English champions and it was further stated there’s a ‘concrete negotiation taking place’.

After guiding Juventus to their fifth successive league title last season, Allegri left the Old Lady and is now without a job.

He was the star attraction at AEFCA’s [Alliance of European Football Coaches Association] 2019 Symposium in Warsaw and this provided Polish newspaper Przegląd Sportowy the chance to interview him. 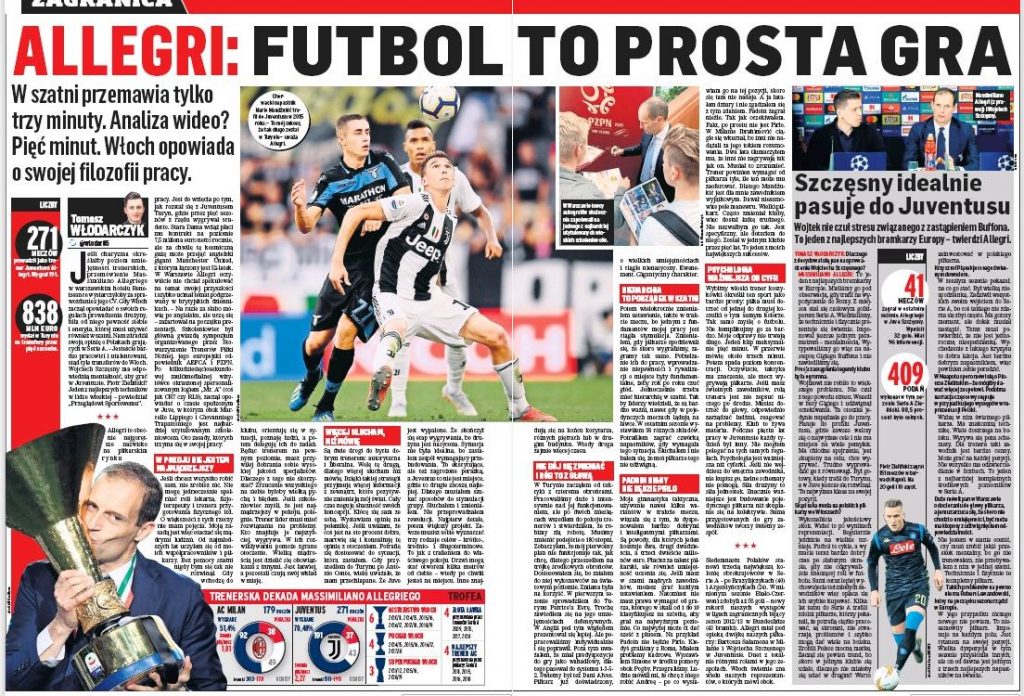 Allegri was asked about the recent speculation linking him to Manchester United, but decided against giving out any information. However, he joked, saying, “I speak English too poorly for now, but I am learning.”

With Tuttosport’s report and Allegri’s latest comments, the reports linking him to United will only increase if the English club suffer an embarrassing defeat at the hands of Liverpool.