Stuttgart manager Hannes Wolf has been quizzed by the German media over the situation of Alexandru Maxim. The midfielder is expected to leave the Bundesliga 2 side in the summer, and has been linked with a move to Leeds United.

Zvw have reported on comments Wolf made in his press conference this week when he was evasive with questions over Maxim. Asked about the difficult situation the Romanian international finds himself in, Wolf explained he needs to look after his team as whole, and what each player can bring. The Stuttgart coach believes Maxim is a good player, but needs to be sacrificed for the team.

“We always try to see the whole thing. What can a player bring? What does it mean for whom? He’s a good team player and he’s putting the team before his personal well-being, and I think it’s worth it,” said the Stuttgart boss.

Maxim is a player that has caught the attention of Garry Monk in the past after the Leeds United boss tried to sign the attacking midfielder when in charge of Swansea City. 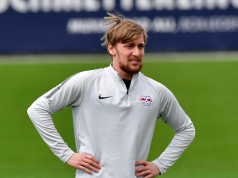 Buyer beware: Everton would do well to think twice after being offered midfielder