Zinedine Zidane has Casemiro, Luka Modric and Toni Kroos as the recognised midfielders at Real Madrid, while the likes of Dani Ceballos and Marcos Llorente are expected to leave the in the summer.

This is according to Marca, and they claim the Spanish capital club are expected to bring in a new midfielder to further enhance the competition for a place in the starting XI.

Paul Pogba and Christian Eriksen are most talked about in the offices of Santiago Bernabeu and Los Blancos manager prefers the Manchester United star over the Tottenham player.

The Spanish newspaper, rather questionably, states: ‘Zidane has leaned on Pogba’s muscle rather than Eriksen’s subtlety and class.’

The World Cup winner has long been a target for the French coach and more so since Zidane returned to Madrid in March.

He’s asked club president Florentino Perez to make effort in getting Pogba’s signing over the line.

It’s claimed Zidane has received positive responses from his compatriot, who is the priority target for the La Liga giants’ manager.

For Real Madrid to sign Pogba, Marca believe the operation would cost around €140m. 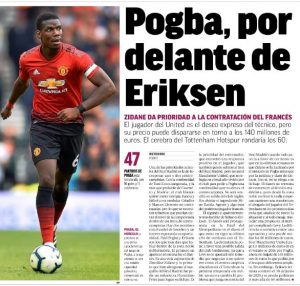 Manchester United, on the other hand, want to retain the 26-year-old and have asked him to continue at Old Trafford, something the France international isn’t keen about, according to the report. 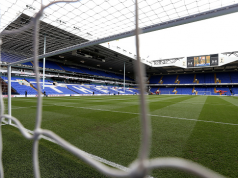