For a few weeks, the Catalan media have insisted Edinson Cavani is a January target for Barcelona.

The striker has just over six months left on his contract with Manchester United and he’s also attracted interest from Boca Juniors. Last Friday, reports from the Argentina media stated the 34-year-old has rejected Boca and has decided to join the La Liga side.

Ferran Torres is Xavi Hernández’s main target, but it will be an expensive deal to take him away from Manchester City. Therefore, the Spanish club are working on other possibilities, where the Uruguay international seems to be ‘number one on the list’.

This is according to Sport , who state there is a meeting scheduled with the Red Devils in the ‘next few days’.

Indeed, Cavani is the ‘chosen one’ for the Catalan club, but they are also waiting to see how the former Napoli star returns from his tendon injury. He was fit to face Brentford, but the tie was postponed after the Covid outbreak at United. 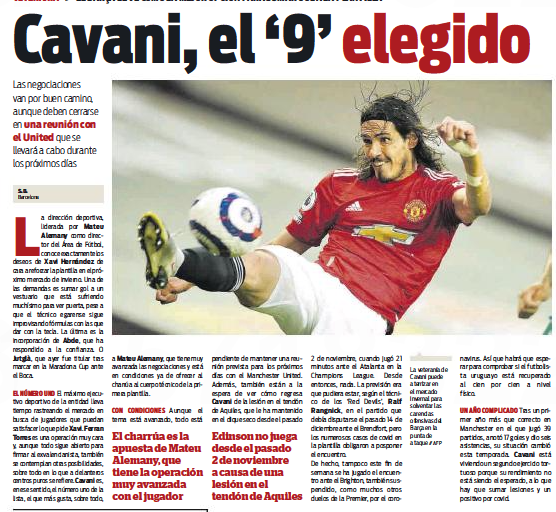 Monday’s edition of Mundo Deportivo says the South American is a ‘very desirable forward’ due to his experience and the time left on his contract. His signing is not an express request of Xavi, but the manager is ‘convinced’ the player can clearly improve Barca’s attack.

‘Sources close’ to the player inform Mundo that Barca have ‘not contacted him lately’, although the Blaugrana know his availability to arrive at the Camp Nou. 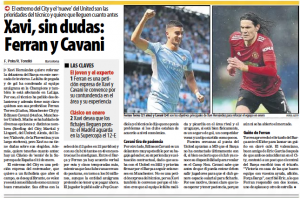 Cavani is aware that for him to join the Spanish giants in January, they must first get rid of some of their players to lower the salary budget.

For this reason, Barca are clear they must wait, and patience is needed for them to sign the Manchester United attacker.