Barcelona have asked Ousmane Dembélé to leave the Camp Nou in the winter market, after he refused to accept their renewal proposal. His current deal expires in June.

Manchester United have long been named as and interested party and continued to be linked with the winger.

On January 29th, Marca reported the Red Devils are considering a move for the 24-year-old before the window closes on Monday.

The La Liga side and the attacker are running out of time, and without an extension the France international has to make a move elsewhere in the next 48 hours, for his club to make further signings.

Sport now claims the former Borussia Dortmund man is thinking about leaving Barca and he has a few suitors, including the Old Trafford club. 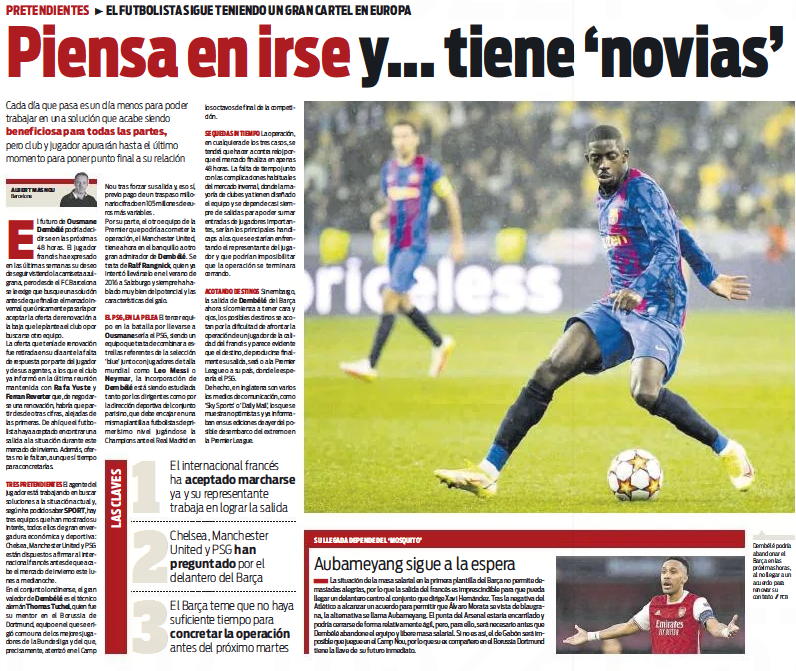 It’s claimed Manchester United have ‘shown interest’ and are ‘willing to sign’ the wideman this month.

Their interim manager, Ralf Rangnick, is a ‘great admirer’ of the 2018 World Cup winner. The German tried to sign Dembélé for RB Leipzig in 2016. 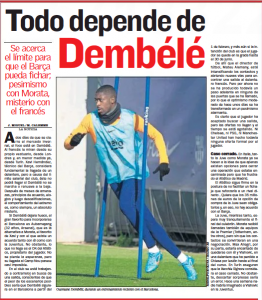 Indeed, United are ‘willing to sign’ Dembélé, but the newspaper doesn’t specify whether it will be on a loan deal until the end of the season or on a permanent transfer.

Today’s edition of AS also mentions the Manchester club, and states United have not yet made a formal offer for the Frenchman’s transfer in the ongoing window.