Manchester United allowed Axel Tuanzebe to join Aston Villa on a season-long loan deal and he has made nine league appearances at Villa Park so far.

Villa sacked Dean Smith and appointed Steven Gerrard as his successor last month and the arrival of the former Rangers manager hasn’t helped the Red Devils owned player, as he centre-back has been restricted to only eight minutes of action under the former Liverpool midfielder.

Lack of game time at Villa has now seen him get linked with a move to Napoli, with journalist  Gianluca di Marzio stated yesterday that the Serie A side have ‘started contacts’ with the Old Trafford club for the defender.

Luciano Spalletti’s side allowed Kostas Manolas to join Olympiacos and are expected to be without Kalidou Koulibaly at the start of next year as the Senegalese will take part at the African Cup of Nations.

According to Corriere dello Sport, Napoli sporting director Cristiano Giuntoli has set his eyes on the United man. They have the idea to take the 24-year-old on a loan deal in the winter market. 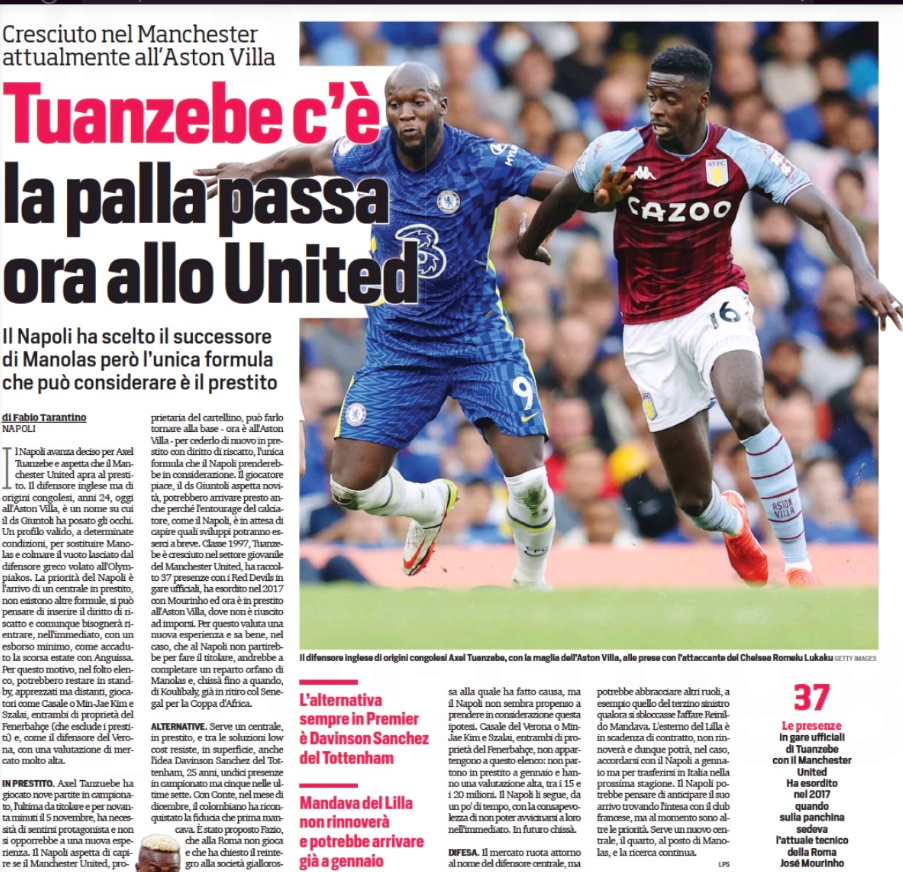 It’s claimed the Naples club are waiting to see whether United will be able to cut short his loan stay at Villa and then send him out on another temporary deal next month.

Giuntoli, along with Tuanzebe’s entourage are ‘waiting’ to understand what developments may take place ‘shortly’.

The player has failed to establish himself at Villa and Correire say he could now look for a new challenge in January.