Amad Diallo Traoré joined Atalanta’s academy in 2015 and after having impressed for the youth team, he was given an opportunity in the first team in October. He made his debut against Udinese and it took him four minutes to score his first goal in Serie A.

Last month, we carried a report from Calciomercato, who explained Manchester City have joined Juventus in the transfer race for the 17-year-old.

TuttoMercatoWeb now claims Manchester United have followed the young winger for months and their interest has been sufficient enough for them to start asking for information about the player.

It’s stated the Red Devils would ‘like to buy’ the teenager in the next window.

Atalanta aren’t sure on a valuation.

There would be no problem if they receive around €40m for Traoré, yet TMW adds even €15-20m may be enough for Atalanta.

Traoré managed 18 goals and 13 assists while playing for the Italian club’s youth team last season. He’s clearly a talent, but dragging United and City into the equation could be as much about hype as anything else. 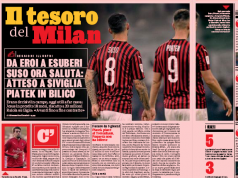