Having managed eight goals and three assists in 16 matches for Inter Milan this season, Lautaro Martínez is on the radar of European clubs.

Earlier this month, Calciomercato.it reported Manchester United are one of the clubs ‘very interested’ in the striker, but Barcelona seem ‘serious’ about the Argentina international.

FcInterNews now claims the Red Devils and La Liga winners appear ‘ready to launch’ an assault on the 22-year-old after the end of this season.

His deal expires in 2023 and the Nerazzurri are in a ‘hurry’ to extend his contract. The South American’s current release clause of €111m (valid from July) doesn’t seem to be an issue for clubs like United and Barca.

Giuseppe Marotta wants to get rid of the buyout clause, a solution which doesn’t please Martínez and his representative.

Another solution from Inter would be to offer a contract until 2024, which will see the frontman’s salary rise to €3m net/year and his release clause would be doubled to €222m. This would block any potential advances from United and Barcelona.

Inter are looking to try to find a solution that satisfies both parties, which is why there will be a meeting with Martínez’s agent Beto Yaquè after the Champions League group stage. 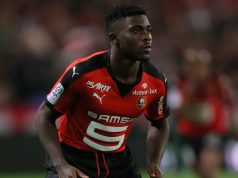 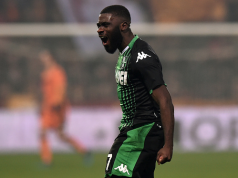 Middlesbrough looking in France for attacking help – Player has asked...

Man United made ‘timid approach’ for Serie A sensation – Club...