The Red Devils and Barcelona are at work to transfer the midfielder, but he’ll have the final say on a potential move this summer.

It’s said that contacts between the La Liga side and Manchester United started before the end of last season. It was done to check whether Barca will make the 25-year-old available in the market.

Barcelona were clear that they would be willing to part ways with the ex-Ajax man for €80m. Sport now claim the two clubs are ‘very close to reaching’ an agreement for the Netherlands international.

De Jong ‘could pack his bags’ this summer due to his employer’s economic and sporting crisis. Manchester United are interested and Ten Hag is trying to convince him. 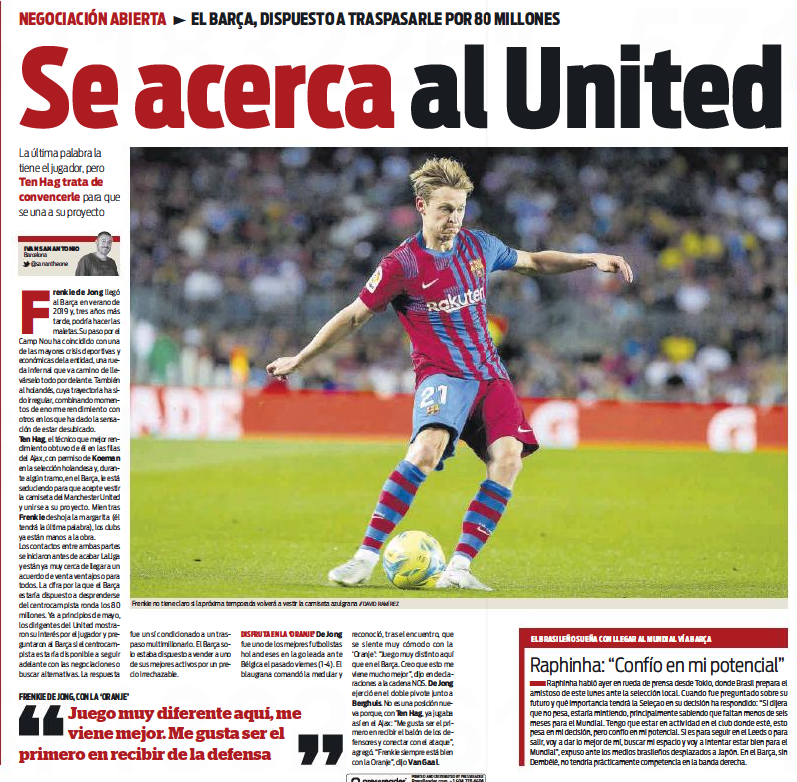 This has also been echoed in today’s Mundo Deportivo, who add the Premier League side are ‘pressing’ to sign Xavi’s man. He is the priority target for their manager this summer.

Ten Hag is ‘convinced of being able to convince’ De Jong, to become the key piece of his new project in Manchester. The player hasn’t favoured a move to United since they cannot offer Champions League football.

However, the English club haven’t given up on De Jong, due to Barca’s financial situation. The Catalan club have also not closed the exit door for the midfielder.

Apart from Manchester United, Mundo mention Paris Saint-Germain, Manchester City and Bayern Munich as being in the picture. 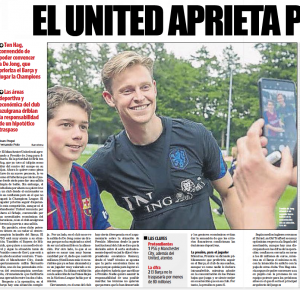 There is ‘some divergence’ within the club over the stance taken to sell him. Barca’s top leaders indicate the decision to cut ties with the Dutchman is due to sporting reasons, while the club’s technical staff insist De Jong must be sacrificed to improve their economic situation.

With Manchester United and Barca ‘very close’ to reaching an agreement, a deal could be carried out soon if Ten Hag and the Red Devils manage to convince De Jong.