Manchester City and Stoke City are the two Premier League clubs with players in this week’s Gazzetta dello Sport European Team of the Week.

Each Tuesday the grand old Italian newspaper pick out a selection of 11 players, whilst ignoring their own Serie A.

Leo Messi gets first place, after scoring a hat-trick for Barcelona against Deportivo La Coruna at the weekend. That not only secured the La Liga title for Barca, but also sent Depor to the second division of Spanish football.

Raheem Sterling gets the same rating as Messi, 8/10, and that’s very high for Gazzetta, who don’t throw 7s around like confetti. For the Italian newspaper, even a 6 has to be earned with a good performance.

England international Sterling notched up three assists as Manchester City beat West Ham 4-1, and that takes him to 23 goals and 12 assists for the season. 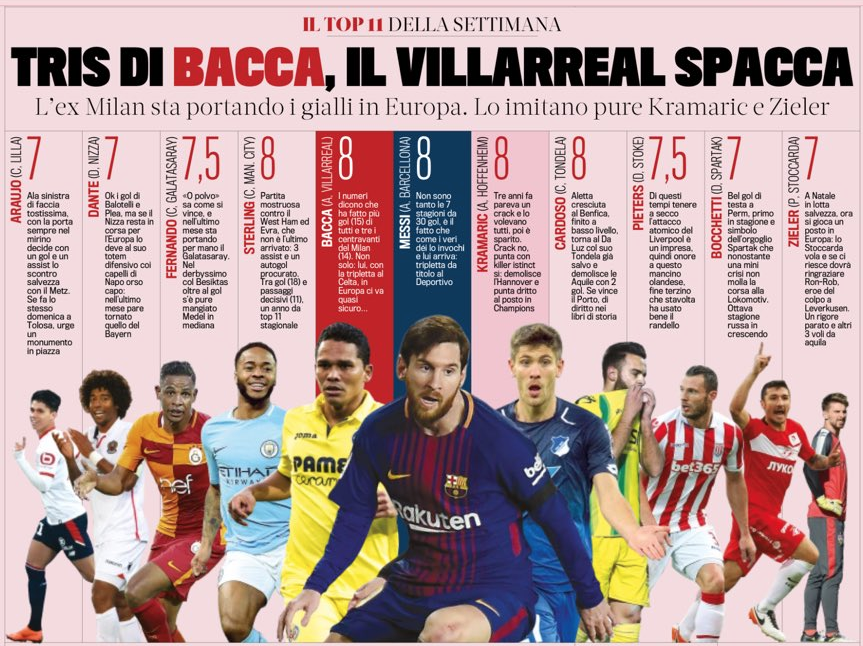 Stoke City had a tough task against Liverpool at the weekend, but managed to stop the Reds from scoring at Anfield. The point was crucial for Stoke in their battle against the drop, and Erik Pieters is the man picked out by Gazzetta.

The Italian newspaper say stopping Liverpool’s ‘atomic attack’ is an achievement in itself, and Pieters is singled out for praise. Up against Mohamed Salah, the Dutchman managed to stay touch-tight at most of the crucial moments, and helped nullify the threat.