Spanish newspaper AS reported on Tuesday the La Liga outfit are waiting for ‘yes’ from the 21-year-old for the transfer to take shape.

It’s claimed that finding an agreement with the versatile player is more simple because Ferrer has been in ‘permanent contact’ with his agent. 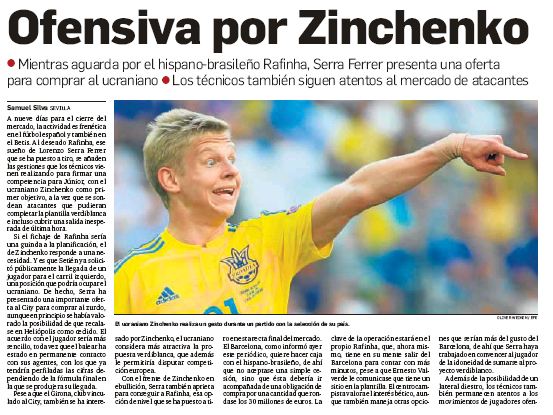 However, the report does not claim the figure Betis are ready to offer to the Etihad outfit and there is no mention whether Pep Guardiola’s side have accepted their bid or not.

For that, we have an update from Mundo Deportivo, who claim the English club have rejected a €12m offer from Betis for Zinchenko. 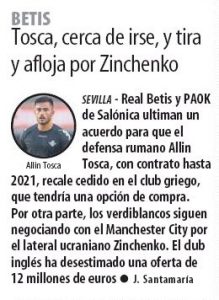 The Catalan newspaper reports the two clubs are still negotiating for the former PSV man.