Taken off 83 minutes into his return against Watford because of cramps, Manchester City’s Vincent Kompany, whose contract runs out in the summer, appears to be edging towards the end of his career.

Injuries seem to have taken their toll on the 32-year-old, and while he might keep on playing a while longer, this all looks like the beginning of the end for him.

Not that he minds all that much it seems, as Sport/Foot explain being a footballer was just ‘a step towards something very ambitious’ as Kompany is already eyeing what happens after he retires.

One of the likelier outcomes, it seems, will be to remain within the City Group, perhaps enjoying a spell in America. 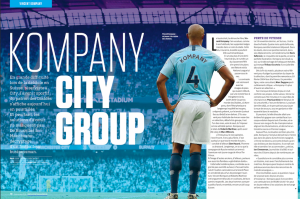 According to one of his friends: “There’s a feeling he could become one of the board members of City’s clubs, particularly New York City FC.”

It seems a soft retirement to the MLS before moving behind the scenes is the way to go for Kompany, who is said to love ‘the Big Apple’, where he’d rather be than his former side, Anderlecht.

Despite their advances, Sport/Foot explain the Manchester City defender is ‘too ambitious to return there’ and his future will ‘be via the City Group empire and not through an ex-family business that no longer dominates Belgium’.

We’ll see what steps are taken between now and the end of the season first, but we wouldn’t be surprised if a one-year contract extension was signed, just in case he feels he has another 12 months in his system.